Iraq’s broken electricity sector is planning a long-awaited overhaul to both meet US pressure to halt Iranian power imports and head off summertime protests over chronic cuts.

With a freshman at the helm, the electricity ministry is exploring options including revamping stations and lines to cut waste, importing power, and improving bill collection to boost revenues.

Baghdad hopes it will generate enough megawatts to feed demand by summer, when cuts can leave millions powerless for up to 20 hours per day.

But it also has an earlier deadline to meet.

When Washington reimposed sanctions on Tehran in November over the latter’s nuclear programme, it granted Iraq a 45-day waiver to produce a roadmap to stop using Iranian electricity and gas.

Iraq pipes in up to 28 million cubic metres of Iranian gas daily to feed its stations, and also directly imports up to 1,300 megawatts of Iranian-produced electricity.

“In the coming two weeks, we will submit to the Americans a five-year plan including yearly assessments,” he told AFP.

If the US approves, it may extend the waiver for “a year or two”. 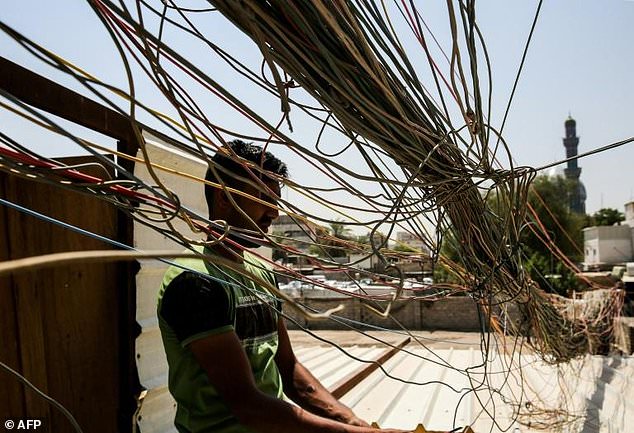 Iraq is looking to revamp power stations and lines to cut waste, as well as import power and improve bill collection to boost revenues

“But there are no quick fixes,” Mudarris insisted.

Iraq sits on 153 billion barrels of proven crude reserves, but it needs higher quality fuel and gas for power turbines.

Mudarris admitted that while Iraq could do without Iran’s electricity, it needed Iranian gas until it could extract its own or capture flares from oil drilling.

Using its own fuel plus Iranian gas, Iraq can produce a total of around 16,000 megawatts of electricity.

That is far below demand, which hovers around 24,000 MW but can jump to 30,000 in summer, when temperatures reach a sizzling 50 degrees Celsius (122 Fahrenheit).

Much of the shortfall is technical: when Iraq transmits power, 30 to 50 percent gets lost to poor infrastructure, according to the Iraq Energy Institute (IEI).

Some of that is age, but pipelines and stations were also attacked by the Islamic State group before Iraq beat it back last year.

Rehabilitation is a key element of the ministry’s plan. 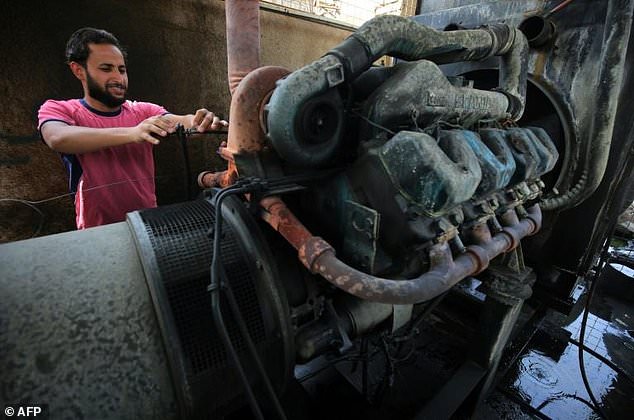 A man in Baghdad checks a electricity generator in this file photo taken on September 13, 2017

Mudarris pointed to recent memorandums of understanding with Siemens, worth $10 billion, and General Electric, at $15 billion, to fix infrastructure.

Baghdad is finding ways to fund these efforts, including a $600 million finance deal between GE, the Trade Bank of Iraq, and Standard Chartered announced in late November.

Another ministerial initiative involves swapping Iranian power for imports from other neighbours, Mudarris said, including 300 MW each from Turkey, Jordan, and Kuwait, plus Saudi solar power.

“We are losing about 60 percent of our revenues to people who don’t pay. If we can cut those losses, we can stop relying on Iran,” said Mudarris.

“Those who pay cut their usage by half, which allows me to redirect megawatts to other neighbourhoods, preventing cuts there,” he told AFP.

But obstacles remain, including overdue bills to Iran for previous imports. 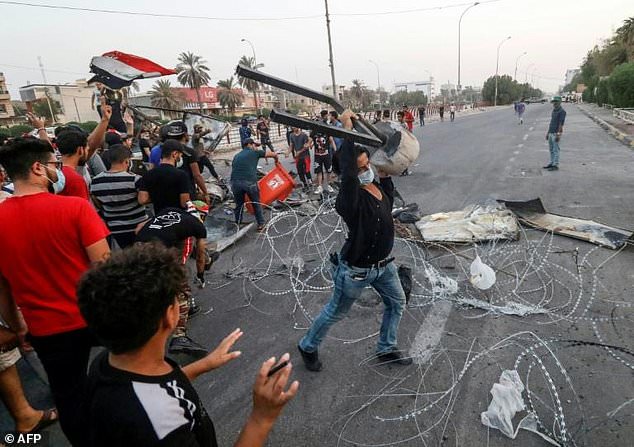 A draft 2019 budget shows Iraq allocating some $800 million for “Iranian gas arrears” and around $350 million for Iranian electricity backpay, according to an IEI analysis.

Neighbouring Kuwait generates around the same amount of electricity as Iraq, but its ministry employs 12,000 compared with Iraq’s roughly 140,000, he said.

The body is also accused of widespread corruption, which technocrat and first-time minister Khateeb pledged to investigate this week.

“Whatever he is planning is doomed to fail if he does not reform,” Estepanian told AFP.

And Iraq’s five-year plan must account for skyrocketing consumption as cities are rebuilt post-IS.

“Right now Mosul, Anbar, Salahaddin probably don’t have high demand. Once reconstruction starts, demand will start to go up by around seven to 10 percent,” Estepanian said.